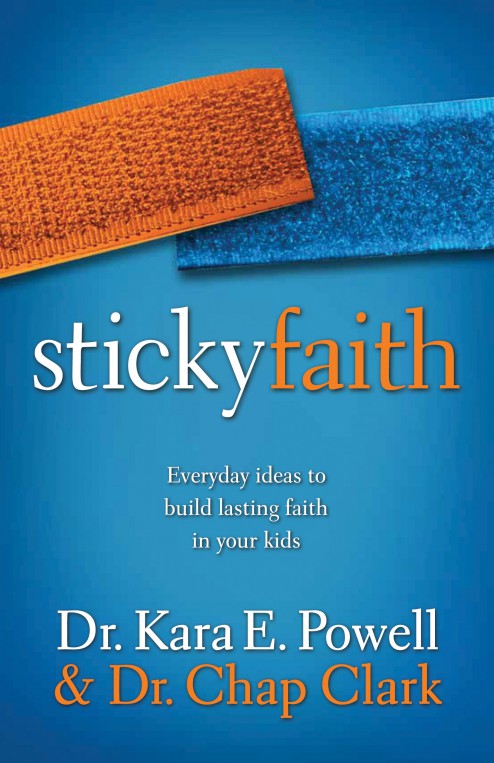 One of the books that has significantly influenced the way that I think about Christian education is Sticky Faith by Dr. Kara Powell and Dr. Chap Clark. The book is based on a longitudinal research project asking: why are so many young people—who would claim an active Christian faith position when they leave high school–unable to make the same claim five years later? “Most churches in America would give anything to develop a deep, growing faith in kids that ‘sticks’ and continues to mature long term. Yet…the reality is that almost half of their graduating seniors struggle deeply with their faith in college.”[1] The book explores a number of reasons for this catastrophic early adult drop out.

When I came across Sticky Faith I had been high school principal at a very international school in Asia for a number of years. We were wrestling with how to prepare our growing number of graduating students for the faith challenges that life after several years in a Christian mission school would bring. One key line from the book that struck me was: “…as eight years of research has shown, it is not doubt, or hard questions that are toxic to faith. It is silence.“[2]

This resonated with our experience, so we decided to fill the silence with some hard questions that allowed for, if not doubt, at least conversation. We did so in the belief that it would be better for our students to wrestle with these hard questions while still surrounded by their families and the faith community within our school.

As part of our biblical worldview agenda, we encouraged staff to add challenging questions to the learning outcomes already existing in our high school curriculum. Some examples are:

We found the discussions that followed from these and similar questions could be challenging for us as a staff as they prompted us to share more of our own faith position. We also were forced to be vulnerable with students in admitting to our own lack of certainty around some questions. However, we also felt this process helped us to foster an environment where students could approach staff with other faith questions they encountered. We were initially concerned with how our parents might respond to this approach, and this could be a significant issue in your context. I think one of the things that helped calm some concerns was that I, and others who were primarily involved in developing this approach, had been at the school for a number of years. Parents had learned to trust us, both professionally and as Christians who cared about their children’s developing faith. Another factor was that we limited this approach to our high school students (grades 9-12); and a number of parents acknowledged the benefits of taking some faith risks with older teenagers that they would not have considered appropriate for children even a year or two younger.

As you think about filling in the silence at your school, what questions would you ask in the cultural context of your educational setting to reduce the chance of your teenage Christians faith failing to stick through early adulthood?

Mark Prothero (mprothero@dev.teachbeyond.org) has a M.Ed in curriculum studies from the University of Leeds. He has 16 years experience in 5 urban high schools in England, 3 years in a rural ex-mission school in Malawi, and 10 years as high school principal at Hope International School in Cambodia, from where he recently returned to the UK and became a member of TeachBeyond.

Choosing a Master’s Degree in Education

Building a Slideshow with Student Learning in Mind